Our facial cleansers are usually in direct contact with the skin anywhere from ten to sixty seconds. It could be more if the specific cleanser you are using directs you to let the product sit on the skin for a longer period of time. During the time that the cleanser is on the skin, it is the top layer of the skin that is most affected.

If you haven’t yet, please read the post “Cleanser Part 1,” which goes over how cleansers are made and their ingredients.

The stratum corneum is the scientific term for the topmost layer of the epidermis, which is the top layer of skin. This layer is made up of keratinocytes which are biologically dead but biochemically active. They are called corneocytes and their activity is due to keratin and low molecular weight, water soluble amino acids. Collectively this is known as the natural moisturizing factor. The water content of the epidermis revolves around the natural moisturizing factor. There are also lipids in the epidermis, filling the spaces between the cells, like mortar between bricks.

Now what does all this science mean? When the epidermis is exposed to cleanser, which contains anywhere from 5-10% surfactants, the lipids of the epidermis can be damaged. The natural moisturizing factor can also be damaged, making it difficult for skin to remain hydrated.

Proteins are the most dominant part of the epidermis. They make up 70% of this top layer of skin. The concentration of water is tied to how well the proteins and lipids do their respective jobs. Because water content defines the hydration level of the skin, we can conclude that proteins are also very important.

Dry skin, which is one of the biggest problems that arises from over cleansing the skin, is caused by having the epidermis’ water content lowered. The skin’s initial response to cleansing is that the amount of absorbed water actually goes up because the corneocytes, which are filled with proteins, have a natural affinity for water. This is where the water content of the epidermis is naturally stored. Therefore when you cleanse your face, most of the water absorbed by the epidermis will go into the corneocytes, causing them to swell. Surfactants increase this swelling further by altering or even destroying the corneocytes’ ability to regulate water content.

So when the corneocytes swell, adding more water to the epidermis, this should be a good thing, right? However, this increase in water content is fleeting because the water evaporates, like water always does, and the hydration leaves the skin. This is why it is nearly always recommended to apply moisturizer immediately after you cleanse your skin to “lock in” the hydration. 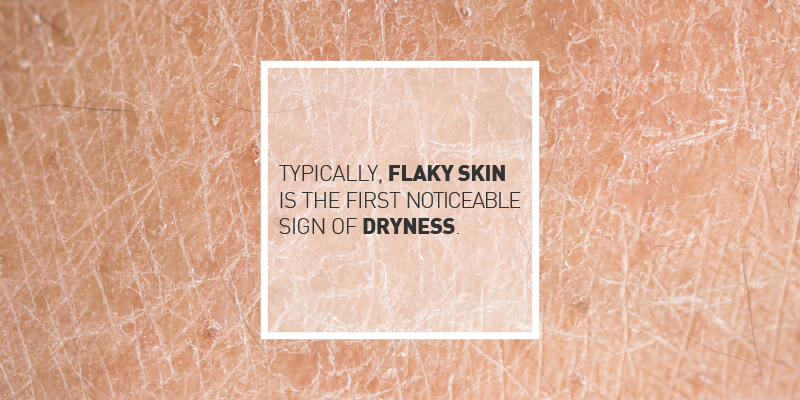 Typically, flaky skin is the first noticeable sign of dryness. This is due to the rapid swelling and shrinking of the corneocytes as mentioned above. Because most of us wash our faces once or twice daily, this constant cycle increases the number of individual corneocytes that partially detach. When these break away, flaking begins. If you overwash your skin, this breakage will happen more often, potentially leaving the skin with a scale-like appearance.

As water becomes less able to remain in the epidermis, the skin will feel rougher and its ability to repair itself will diminish. The amount of time between the loss of water following a cleansing and when the skin is back to normal, will continue to increase until the dehydrated state becomes much longer than the normal state. This occurs because many aspects of the epidermis rely on water to function properly. 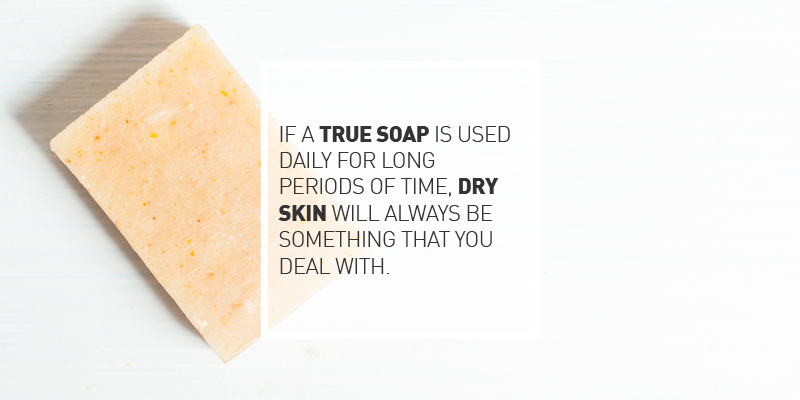 The alkaline pH of true soaps, as mentioned in Part 1, is damaging to the skin. If a true soap is used daily for long periods of time, dry skin will always be something that you deal with. Your pH will also never be quite what it is supposed to be. When a true soap is only used occasionally, no negative side-effects should occur. This is because the epidermis has an inherent buffering system that is somewhat resistant to pH change. Therefore, short term use of true soaps should do no harm.

Persistently over washing your face may cause increased sensitivity to almost everything. Cleansers, moisturizers and even the sun may begin to cause redness and itchiness. Avoid allowing your skin to become this damaged. Do not remain loyal to a brand or product that is putting your facial skin at risk.