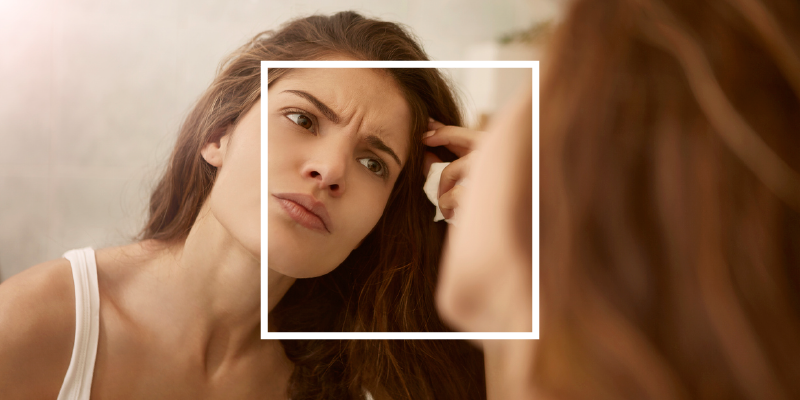 With so many products on the market promising to smooth wrinkles and make age spots disappear, the task of figuring out which are actually worth consideration is getting more difficult by the minute. It is important to know and understand what it is that makes certain anti-aging and wrinkle treatments so hyped-up, while others are not as popular. There is a tremendous amount of scientific evidence that goes into the creation of successful skin care products, especially when they deal directly with anti-aging benefits.

Peptides are an especially important ingredient when it comes to your anti-aging skin care routine. There are several kinds of peptides though. Below is an explanation of the peptides that have been proven to be helpful when it comes to wrinkle reducing and anti-aging products. All of the ingredients explained below are worth looking for when you are selecting your newest wrinkle cream.

There are hundreds of different peptides involved in the processes of maintaining your body. Peptides are fragments of proteins. On their own, peptides are made up of amino acids. When amino acids are combined in certain formations they create specific peptides and when peptides are joined in a certain way, they make specific proteins.

Proteins are the fundamental building blocks of skin. Without peptides, skin proteins will not remain intact and the result is loss of firmness, appearance of wrinkles, changes in texture, and skin that does not bounce back as it once did. It has been scientifically proven that peptides can help revitalize the proteins of the skin and, in turn, help revitalize the appearance of the skin.

Why are peptides included in anti-aging products?

Peptides are naturally occurring chains of amino acids within the body. They are building blocks of the proteins collagen and elastin. Therefore, they are a common ingredient in anti-aging products for the skin. Although your skin contains an abundance of collagen when you are young, the supply decreases as you age, which is why the skin begins to appear thinner and more wrinkled. Peptides have shown promise as a skin cream ingredient that can stimulate skin growth and repair.

As mentioned above though, there are several hundreds of peptides that our bodies produce. Described below are the peptides that have been known to help the skin and are available in anti-aging skin care products. 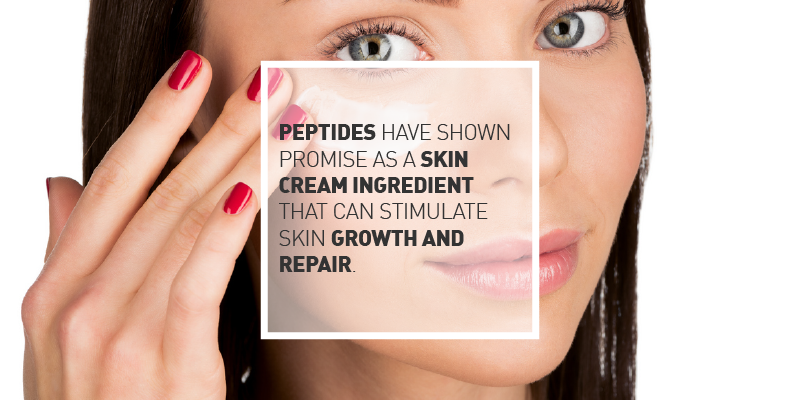 As you mature, your skin begins to lose its ability to regenerate. It may be possible to stimulate new collagen growth and help skin heal through the use of pentapeptides. Strictly speaking a pentapeptide simply has five amino acids. It may contain a lipid, which is a fatty acid, in combination with the five amino acids. One such pentapeptide uses the name Matrixyl®. This peptide is included in wrinkle creams as a means of stimulating the lower layers of skin, prompting them to develop collagen and increase hyaluronic acid. Both of these are naturally present in higher levels in the skin of younger people.

Hexapeptides are chains of six amino acids. A specific hexapeptide coupled with acetic acid, is marketed for its ability to relax certain types of facial wrinkles. Some wrinkle cream manufacturers say this peptide is capable of diminishing the creasing caused by fine lines. This would deliver an effect similar to that gained by BOTOX® injections. Advantages of using this peptide over BOTOX® treatments is that it is noninvasive and can be applied everywhere on the face. This hexapeptide product is trademarked under the name Argireline.

Palmitoyl oligopeptide promotes production of collagen and hyaluronic acid in the deepest layers of skin. This substance has an additional quality that makes it a valuable ingredient in face creams: it also helps protect the skin from the damaging ultraviolet rays of the sun. Although an application of it does not replace a good quality sunscreen, it can help by adding another layer of protection to delicate facial skin.

Palmitoyl tetrapeptide-7 consists of a chain of four amino acids coupled with palmitic acid, a fatty acid which allows the peptides to penetrate the skin. This peptide may be useful in fighting inflammation, which is the ultimate culprit behind aging skin’s loss of elasticity and development of wrinkles.

Wrinkle products that use peptides in the ingredients 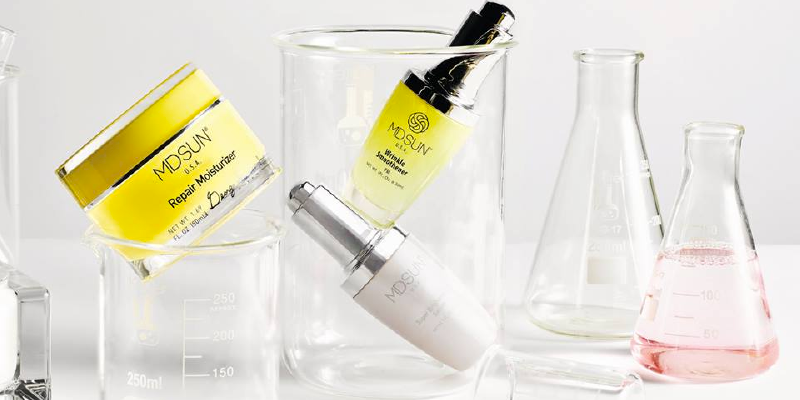 There are several products on the market that use peptides in their ingredients. However not all of these brands are carrying products that have proven track records that show results. Be sure to speak with your dermatologist or doctor about trustworthy brands when it comes to anti-aging.

MDSUN is a trustworthy skin care brand that creates products that work on all skin types. The MDSUN skin care line is also able to be used for extended periods of time on the skin, unlike other brands that can only be used for a short period of time before causing irritation.