You want to be aware of changes in your skin. Not just for beauty purposes, but for your health, too.

While being watchful for signs of aging like wrinkles and age spots becomes more of a concern as time goes on, so should paying attention to changes in your skin that could potentially signal early signs of skin cancer.

Skin cancer is, without a doubt, the most common type of cancer. An estimated 40-50% of fair-skinned people that live to be 65 will develop at least one skin cancer. That makes its prevalence pretty scary but if caught early enough, it’s much easier to treat. Learn what to look for so you can spot the early warning signs.

What Is Skin Cancer? 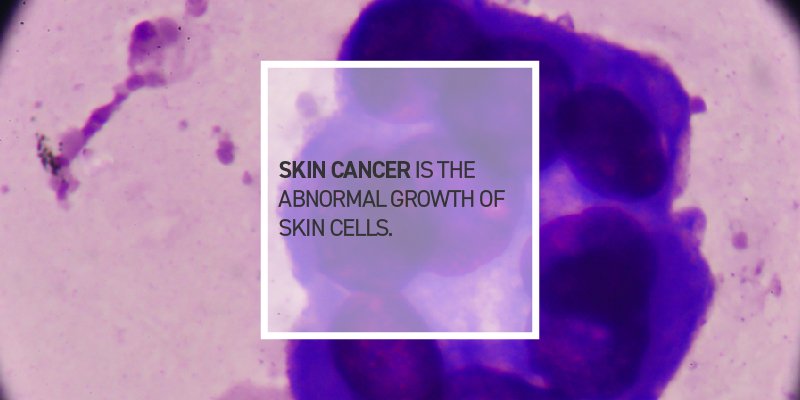 Skin cancer is the abnormal growth of skin cells. It most often develops on skin exposed to the sun, such as the scalp, face, lips, ears, neck, chest, arms, and hands. It can also occur on areas of your skin not ordinarily exposed to sunlight like your palms, beneath your fingernails or toenails, and your genital area. It affects people of all skin tones and types, including those with darker complexions.

By checking your skin for suspicious changes regularly, you can detect skin cancer at its earliest stages. Early detection of skin cancer gives you the greatest chance for successful skin cancer treatment. 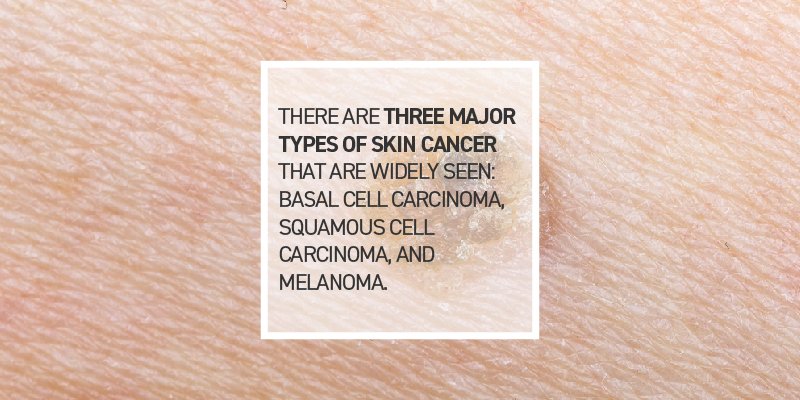 Basal Cell Carcinoma (BCC) usually occurs in sun-exposed areas such as your face and neck.

BCC may appear as a pearly or waxy bump, or a flat, flesh-colored or brown scar-like lesion.

Squamous Cell Carcinoma (SCC) often occurs on sun-exposed areas like your face, ears, and hands. People with darker skin are more likely to develop squamous cell carcinoma on areas that aren’t often exposed to the sun.

SCC may appear as a firm, red nodule or a flat lesion with a scaly, crusted surface.

Melanoma can develop anywhere on the body on normal skin, or in a previously existing normal mole.

Melanoma may appear as

These cancers often start as small changes to your skin. They can crop up in the form of new growths or precancerous lesions. Precancerous lesions are not cancer, but have a high likelihood that they will become cancer over time.

An unusual growth or sore that doesn’t go away may be the first indication of a non-melanoma skin cancer. It may initially appear as a nodule, rash, or irregular patch on the surface of the skin. These spots may be raised and may ooze or bleed easily. As the cancer grows, the size or shape of the visible skin mass may change and the cancer may grow into deeper layers of the skin. It may be difficult to differentiate one form of skin cancer from another, so consult a dermatologist if you notice suspicious or evolving marks on the skin.

How Often Should You Check? 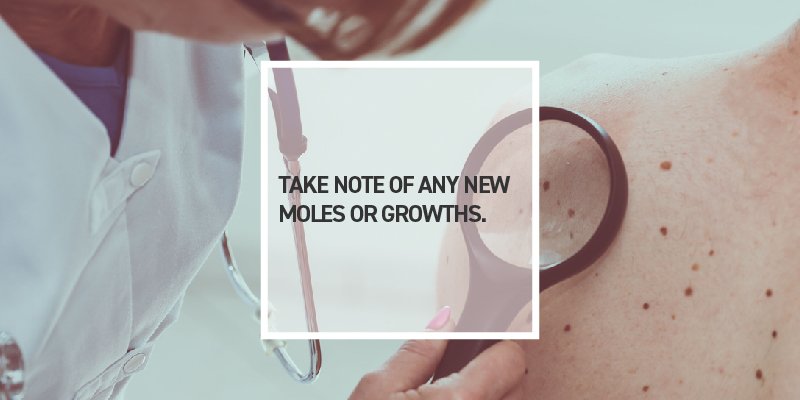 Having a doctor look your skin over once a year for anything to be concerned about is crucial to your health, as they may catch early symptoms that you may not notice yet. This is especially important if you tend to spend a lot of time basking in the sun. . . .or working in it. This is true, even if you’ve been vigilant about your skin, as melanoma can creep up quickly.

Most doctors recommend you check your own skin over once a month for any signs of changes. Stand in front of a full-length mirror in a well-lit room to see yourself clearly. Use a hand-held mirror to look at the areas that are difficult to see.

Take note of any new moles or growths, and any existing growths that begin to grow or change significantly in any other way. Lesions that change, itch, bleed, or don’t heal are also alarm signals.

It is so vital to catch melanoma, the deadliest form of skin cancer, early on that doctors have developed two different specific strategies for early recognition of the disease: the ABCDEs and the Ugly Duckling sign.

The Ugly Duckling Sign is a method based on the concept that melanomas look different compared to surrounding moles. If the “normal” moles are the typical duckling family, the potential melanoma is the odd-man-out in that it looks or feels different than the person’s other moles. Or it could change differently over time than the other moles.

The ABCDEs help a person to determine if they should be concerned about a mole.

6 thoughts on “Pay Attention to Changes In Your Skin: Signs of Cancer”