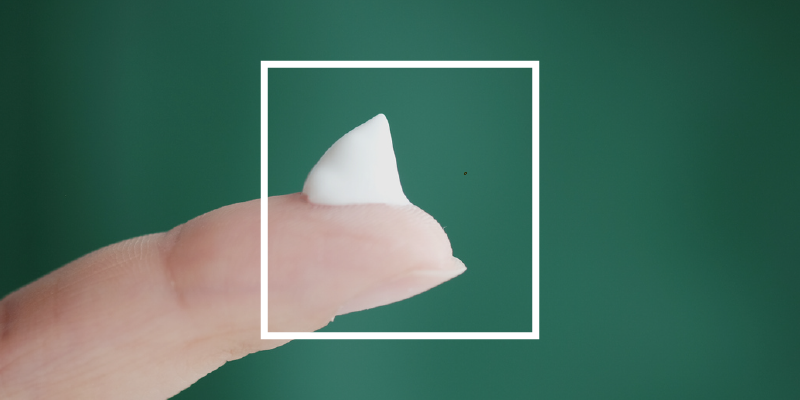 More and more people are educating themselves on their skin care ingredients. It’s not just enough to read a label claiming to rejuvenate your face. You’re thirsty for the how and the why.

Rock on! Educating yourself on your skin care needs is one of the healthiest things you can do for yourself.

You’ve been hearing about peptides a lot lately, but what exactly do they do for you? How do peptides pep your skin? 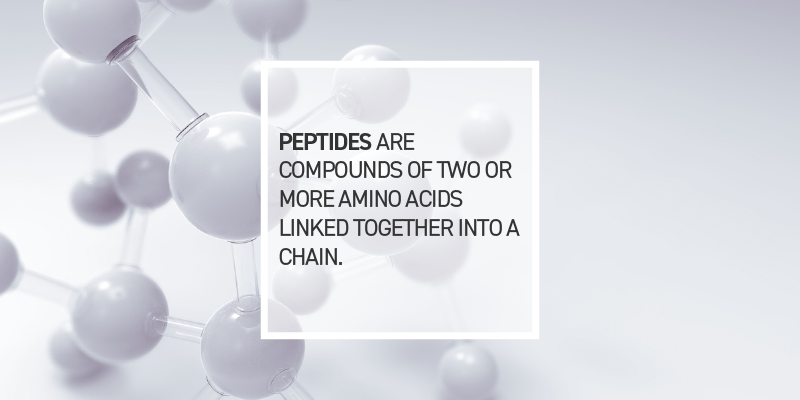 Peptides are labeled by how many amino acids are linked together. Two amino acids linked is called a dipeptide, three linked is a tripeptide, and so forth.

Peptides are naturally-occuring parts of your body, but they can also be created in a laboratory, too.

What Do Peptides Do For Your Skin? 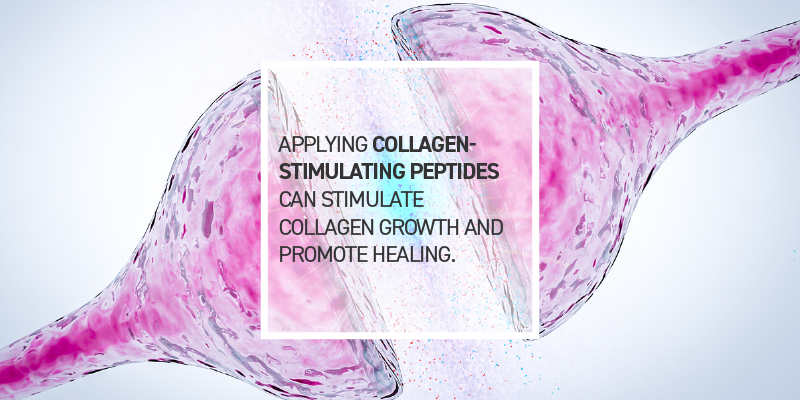 Your skin contains natural peptides which contribute to the structural strength of the skin and keep it plump and firm. Anything applied topically has been created in the lab for you.

Because they are in their shorter form, oligopeptides are able to penetrate the top layer of your skin and send signals to your cells to tell them how to function. They’re able to penetrate the skin to address common skin care concerns from the inside out. That’s unlike complete proteins (like collagen), which are not able to be directly absorbed through the top layer of skin. So, “these smaller pieces are able to get deep into the cellular level,” explains Nancy Samolitis, MD, FAAD.

Collagen is very important to your skin, giving it thickness and suppleness. When it breaks down from either age or environmental factors like the sun or stress, wrinkles form. That’s old news, but did you know collagen is actually a protein, making it subject to “direction” from peptides? Applying collagen-stimulating peptides topically to the skin can send a signal to your collagen to prompt the formation of new collagen. Once that process kicks in, you’ll have the appearance of more youthful, supple skin. Hyaluronic acid is another compound that can benefit from peptides, which stimulate its production. These peptides are the most widely-used in skin care.

When peptides hook up with copper, as is the case with copper “carrier” peptides, the combination can make its way into the deepest layers of skin. There, they work to stimulate collagen growth and promote healing as they deliver copper to certain enzymes, which are critical for functions like collagen and elastin synthesis, the growth of new blood vessels, and wound healing. They’ve also been shown to reduce inflammation.

What does that mean for you? “Stimulating collagen production in the skin’s dermal layer can lead to healthier skin with smoother texture, fewer wrinkles, and decreased pore size,” Samolitis says.

There are even some called neuropeptides, which claim they can relax facial muscles, reducing the appearance of wrinkles. They act by affecting neurotransmitters in the skin so that nerve cells in the skin cease communicating and relax. Skin becomes smoother and wrinkles disappear.

How To Use Peptides

Dermatologists tend to agree that you shouldn’t waste your money on a cleanser boasting peptides. You’ll wash it off faster than the peptides have a chance to work. “Polypeptides will be much more beneficial in a cream or serum form that is left on the face and applied twice daily as opposed to a cleanser that would be washed off,” says Jenna Queller, MD, FAAD.

Make sure they are stabilized in a topical cream so they don’t continue to break down (smaller and smaller until they’re useless), yet residing in a formula that allows them to easily penetrate the skin barrier.

When using peptides, it is important to have patience. Some of the neuropeptides may produce a noticeable result immediately, but most peptides take time to work, so it may be four to 12 weeks before you notice any improvement.

Upkeep is also important. Once you stop using them, you’ll see that difference pretty quickly.

Where to Find Peptides in Skin Care Products

Peptides can be found in a variety of skin care creams and serums. Just look for ingredients including “peptide” as part of the name: Acetyl Octapeptide-3, Rh-Polypeptide-9, etc. You can find beneficial peptides in MDSUN’s quality skin care lineup including:

○ rh-Polypeptide-10 (moisturize and minimize the look of fine lines)

○ rh-Polypeptide-3 (moisturize and minimize the look of fine lines)

○ rh-Polypeptide-9 (moisturize and minimize the look of fine lines)

Do You Know… 🧐 #WellnessWednesday #MDSUN #he

Boost your weekend mood with good food🍰 Have a

☀️ Any time of the year exposing your unprotec

☀️Wear sunscreen daily. Do it before it's too