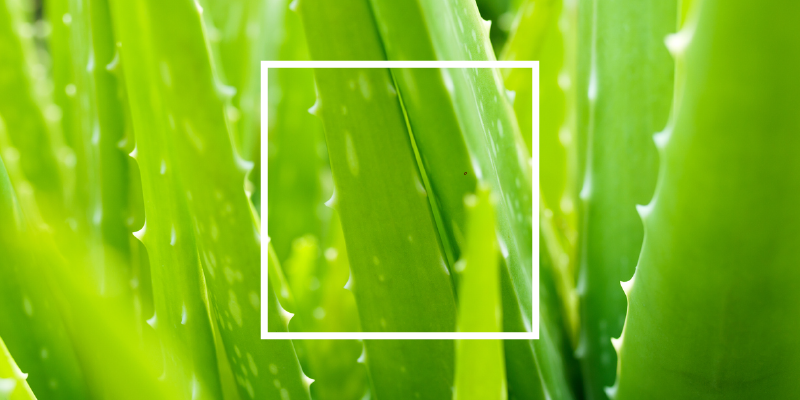 Aloe vera has been used for centuries for its purgative effect, healing abilities, and beauty applications dating back to biblical times. Six references to aloe’s uses can be found in the Bible. Indicators show it’s probably the most applied medicinal plant in the world, being found in cosmetics, medicinal products, and food supplements across the globe.

Aloe can be found in many products from pure 100% Aloe vera gel to personal care products such as cleansers, soaps, shaving gels, and lip balm. It is even found infused into facial tissues. Many swear by it for sunburns, scrapes, cuts, bug bites, minor infections, and any other skin ailment that needs a soothing salve.

Where Does Aloe Come From? 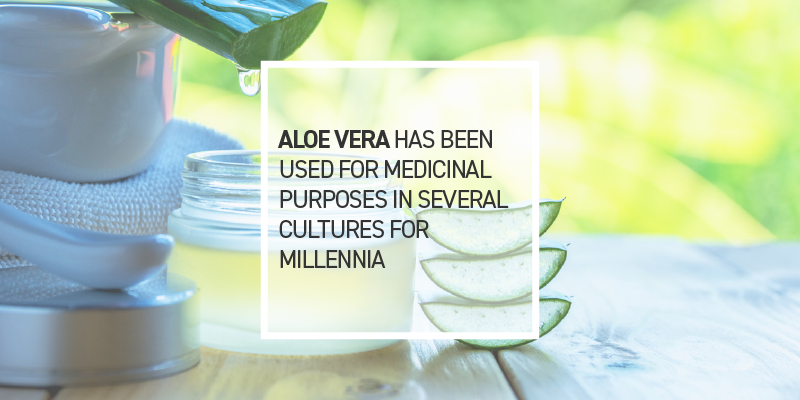 The name “Aloe vera” derives from the Arabic word, “Allowh,” meaning “shining bitter substance,” and “vera,” meaning “true” in Latin. The true botanical name is Aloe barbadensis miller, and it belongs to Asphodelaceae (Liliaceae) family. It’s a shrubby or arborescent, perennial, xerophytic (adapted to an arid environment), succulent that is pea-green in color.

It grows mainly in the dry regions of Africa, Asia, Europe, and America and some parts of India.

Aloe vera has been used for medicinal purposes in several cultures for millennia, including Greece, Egypt, India, Mexico, Japan, and China. The Egyptians called it “the plant of immortality.” Queens Nefertiti and Cleopatra used it in their regular beauty regimens and Greek scientists regarded it as the universal panacea 2000 years ago. Alexander the Great and Christopher Columbus used it to treat soldiers’ wounds. Early 1800’s saw it in use as a laxative in the United States. The real turning point was when it was used to successfully treat chronic and severe radiation dermatitis in the mid 1930’s.

What Makes Aloe So Special? 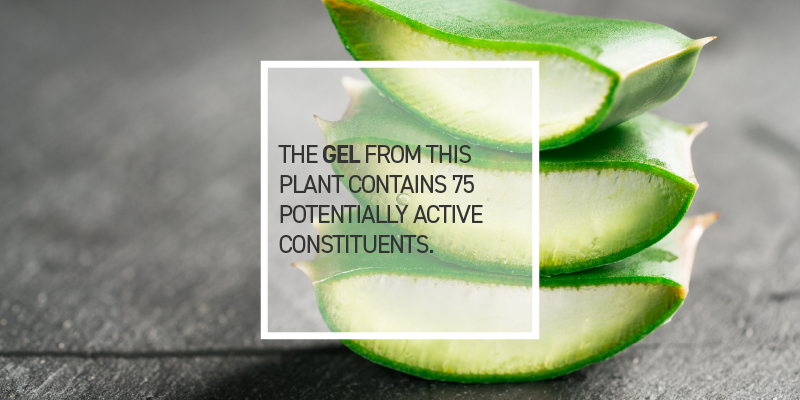 In order to understand how one plant can be beneficial in such a big way, it’s worth taking a look at what those important constituents actually do.

Enzymes like bradykinase help to reduce excessive inflammation when applied to the skin topically. Alkaline phosphatase, amylase, carboxypeptidase, catalase, cellulase, lipase, and peroxidase aid the breakdown of sugars and fats.

Minerals like calcium, chromium, copper, selenium, magnesium, manganese, potassium, sodium, and zinc are essential for proper functioning of different enzyme systems in varying metabolic pathways, and some of these are also antioxidants.

Aloe provides sugars like glucose and fructose (monosaccharides) and polysaccharides such as acemannan and glucomannan. A glycoprotein called alprogen with anti-allergenic properties along with a novel anti-inflammatory compound (G-glycosyl chromone) was recently isolated.

Twelve anthraquinones can be found in Aloe. These are phenolic compounds, known as laxatives. Aloin and emodin are analgesic (pain relieving), antibacterial, and antiviral.

The hormones auxin and gibberellin help with wound healing and provide anti-inflammatory action.

Aloe also provides 20 of the 22 human required amino acids and seven of the eight essential amino acids. It contains salicylic acid that possesses anti-inflammatory and antibacterial properties. The inert substance, lignin, when included in topical preparations, enhances the penetrative effect of the other ingredients into the skin. Saponins, the soapy substances, form about three percent of the gel and have cleansing and antiseptic properties.

What Does Aloe Do For Skin 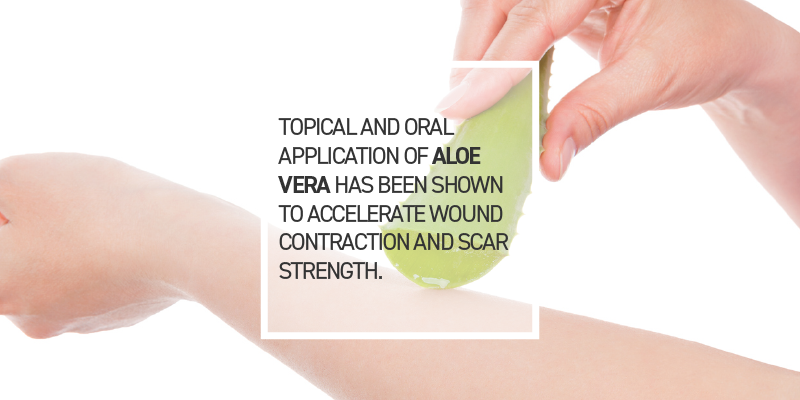 Glucomannan and gibberellin interact with growth factor receptors on the fibroblast (which produces collagen and elastin fibers), stimulating activity and proliferation, encouraging more of the desired synthesis, and increasing the strength of the collagen network. This means that topical and oral application of Aloe vera has been shown to accelerate wound contraction and scar strength. Increased hyaluronic acid can be found in granulation tissue of healing wounds, as well, meaning tissue is more robust.

Aloe puts a damper on the inflammatory response mechanism.

A multitude of applications for moisturizing and anti-aging have been applied. Mucopolysaccharides help bind moisture into the skin. The stimulation of fibroblasts makes skin more elastic and less wrinkled. Aloe is used to soften skin because of its cohesive effects on the outer layers of epidermal cells. Amino acids soften hardened skin cells and zinc acts as an astringent to tighten pores. Moisturizing effects have been studied in the treatment of dry skin from occupational exposure. Aloe vera gloves improve the skin integrity, decrease the appearance of fine wrinkles, and decrease erythema.

Multiple antiseptic agents can be found in aloe (lupeol, salicylic acid, urea, nitrogen, cinnamonic acid, phenols, and sulfur). These all contain antifungal, antibacterial, and antiviral properties. As a result of the antibacterial properties, aloe has an anti-acne effect.

Acemannan has been shown to stimulate events initiating an immune attack resulting in necrosis and regression of cancerous cells in mice. Other studies show further potential for use as cancer chemoprevention.

MDSUN utilizes aloe in both their Revitalizing Toner and Active Toner to protect skin against dryness and the effects of aging, and soothe the skin, facilitating the absorption of other skin care treatments.